JAS introduces a new solution for a fast, easy and secure ignition source

JAS Oceania is now a proud distributor for REDARC in Australia

JAS Oceania are now a proud national distributor of Valeo

Prepare yourself for the automotive air-conditioning revolution

ENDURANT The Battery Program for The Auto Electrical Industry

Low Voltage has just released its latest catalogue for 2015/16

JAS in conjunction with ASC Training and Development has recently run a Management and Leadership Development course in Adelaide over 3 months for an initial group of JAS Staff from around the country.

The course consisted of 3 x 2 Day workshops in Adelaide with REDARC kindly hosting a 1-day session in September at their very impressive Hi-Tech facility at Lonsdale.

At the end of that day, the JAS Staff had a tour of the REDARC facility and learned firsthand why REDARC products are so highly regarded and reliable.

On the final day of the workshops in Adelaide, the participants all presented projects they have been working on that had to have a deliverable outcome within either their individual Branch or the JAS network.

All of the projects were well thought out and presented with Tony Stone and Mark Lourens judging Richard Gander's project best with Richard being awarded a Travel Voucher by General Manager Graham Bonney. “ 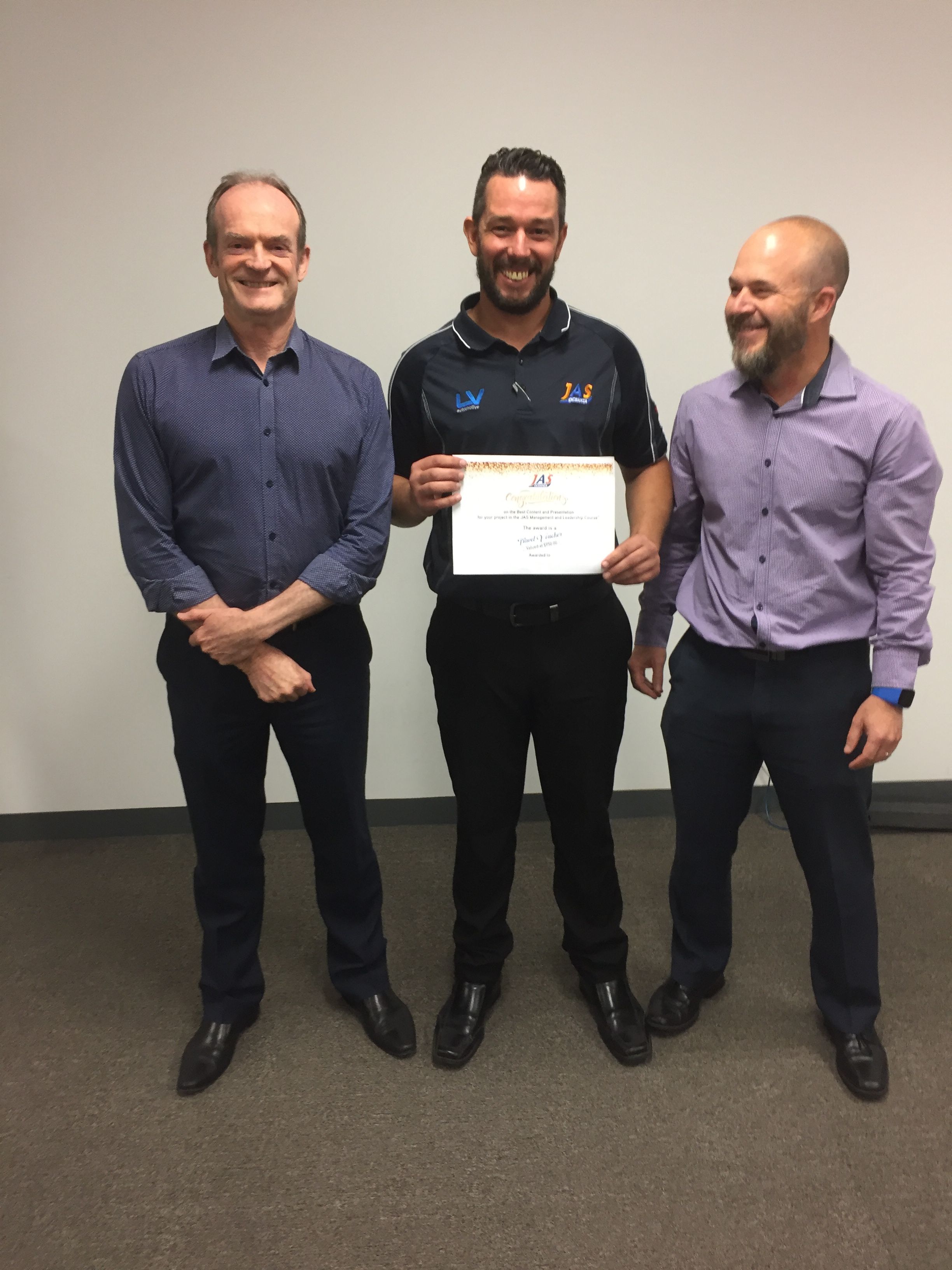